Butane hash oil (BHO), has become an exciting product among marijuana and cannabis users these days providing a different experience to those who wish to try it. Butane hash oil is the product of cannabis or marijuana buds being extracted in a BHO Extractor using butane. BHO is basically the extract of the cannabis and marijuana plant so naturally it is going to be more potent than other products. Its high concentration of compounds is what attracts people to it hoping to experience a much greater high from using it as opposed to just smoking an ordinary blunt. 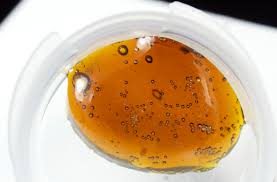 Ever since it has become popular in the market for medical marijuana, butane hash oil has been met with lots of criticism stating how dangerous it is. Adding to that that hash oil cannot be considered a medicinal substance and is only used to be able to experience greater levels of high. There are even states that are looking into banning butane hash oil.

When it comes to talking about the medicinal properties that marijuana or cannabis has to offer, BHO still is in an area of debate. But we want to clear thing up. Today, we are going to be debunking thee myths regarding the medicinal quality of butane hash oil.

The first myth states that BHO simply isn’t health nor does it offer any medicinal benefits. Those who really know hash oil know that it does have some medicinal value. BHOs don’t require any combustion for you to use them and in itself they are very rich in compounds including terpenes and cannabinoids both of which are able to provide beneficial effects to the health. Unfortunately, it is poor quality BHO that has put butane hash oil in a bad light. So BHO does have health benefits it’s just that it has to be one of good quality and free from any undesired stuff.

The second myth is that it’s all about the THC. There is just much more than THC in the butane hash oil. Although this myth is something that may be more relevant to people who use BHO recreationally, hash oil has more to offer than just that. BHO also contains terpenes which is the aromatic oil contained in the trichomes of the plant and this compound actually regulates other active compounds in the BHO including THC and CBD which gives BHO a therapeutic effect to the one using it.

The third myth states that the quality of the BHO is just lost as the BHO leaves the extraction lab. People believe that creating good quality BHO is all about how it is handled in the lab and in the BHO Extractor and as it is put on the shelves of dispensaries, this quality is lost. In reality, the quality of BHO starts from the plant it is extracted from. The cannabis strain already has to be of good quality. Also BHO has to be handled properly in the shop in order to seal its quality.

If you want to be able to try BHO then purchase your own BHO Extractor and start producing your own BHO at home.